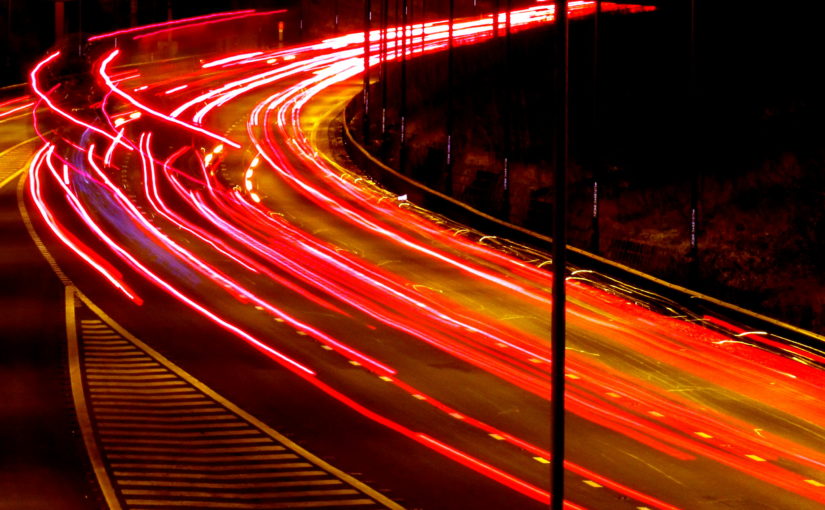 Long before I was a recruiter, I was a programmer. One of the skill-sets I know pretty well is JavaScript, both back-end and front-end.

It takes me less than a minute to read and make a decision on whether I will send a JavaScript programmer CV / resume on to my clients, which incidentally is about the same amount of time it took me as a hiring manager to screen CVs / resumes recruiters sent me to decide if we’d schedule a phone interview.

If you think that’s bad news, what’s even worse is that I’m unusually diligent. Assume an unknown recruiter is reading your CV / resume even less carefully than me.

With that in mind, there are two things I’m trying to ascertain as quickly as possible about your CV / resume: your technical ability, and your hireability.

Does the CV / resume actually mention JavaScript at least once? I get a non-zero number of applications from waiters with no programming history at all for JavaScript jobs. If you’re a programmer, applying for a JavaScript job, I’m going to assume there is at least a mention of JavaScript on your CV / resume.

Are there previous job titles on the CV / resume that suggest JavaScript development has been a primary responsibility at a previous job? A DevOps person may well list JavaScript as a skill without any commercial experience beyond two line hacks.

Primarily I’m looking for something along the lines of “Full-Stack Developer”, “Front-End Developer”, or “Back-End Developer” + a mention of Node.js. If you’re lucky, I have your actual CV / resume document on hand, but if you’re unlucky, I have a preview of your profile that looks like this:

If you’re in the unlucky situation where you don’t have job titles that look anything like the role you’re applying for, how about writing a few lines at the top of your CV / resume saying explicitly:

“I am a Senior JavaScript developer with 7 years of commercial JavaScript experience.”

Help me know I’m in the right place, and you haven’t just applied to every job that’s even a vague match for your skills.

Is there supporting evidence you’re an actual JavaScript dev? A link to your npm profile is pretty compelling even if you’re a DevOps person. Mostly though, I’m looking for auxiliary skills that I’d expect you to have if you’re really a JavaScript developer — build systems like Gulp or Grunt, use or experimentation with languages that build on JavaScript like Flow, TypeScript, or even CoffeeScript.

Do you describe a technical problem you’ve actually solved using JavaScript? “Helped develop the client-facing Widget Tooling” is weak evidence, because who knows what you were doing? “Introduced PhantomJS to allow automated testing” suggests you’ve probably got technical chops.

Testing is a huge opportunity to show you’ve done serious development. Solid developers working on non-trivial systems have generally done some automated unit testing. If you tell me the “Widget Tooling” that you helped developed was tested using QUnit or Jasmine, I’m a lot more convinced you were doing proper development rather than hacky one-liners.

For JavaScript, of course, ReactJS and Angular are also skills that show you’ve mentally tackled at least one large framework. But preferably bolster this by describing problems you’ve solved that show you’ve engaged with and built out the skill, or I may wonder if you’ve just made minor changes to an existing code-base that happened to make use of them.

If you’re going to link to GitHub, pull out projects that you’ve originated (rather than forked), and in the skill-set I’m interested in. I get a non-zero number of applications including a GitHub profile that’s either empty, or just has forked and unedited projects.

Digging in-depth into what you’ve written is a job for the people who end up actually interviewing you. My job is to decide — preferably as quickly as possible — if you’re the type of developer you say you are, and the approximate level of seniority you say you are. While I do sometimes follow up with people if it’s unclear from their CV / resume, assume I am reading your CV / resume while the fire alarm is going off and I’m evacuating a building. If I have to work too hard to pull the meat from your CV / resume, you’re severely handicapping your job search.

Generally the person I’ll actually submit your profile to at an employer is a non-technical HR person. They will be attempting to judge from your CV / resume if you’ll be a good employee. As you can imagine, this is a little tricky from a 2 page document, but they have their own heuristics, and that largely boils down to looking for things that worry them on your CV / resume.

These red flags aren’t likely to be instant rejections, but they’re all going to concern the reader, and that reader gets to decide if your CV / resume will be forwarded on to a technical person who’ll actually understand all the long words on it. So it’s worth explicitly heading off any objections they might have.

Do you have big gaps in your employment history that you’ve not even tried to explain?

If your last role was two years ago, because you’ve spent two years traveling the world and finding yourself, that’s fine. Heck, maybe that’s even good. Rather than leaving it mysterious, just explain in the middle of your work history:

Have you been dealing with family affairs? That’s also fine:

I am happy to provide more details as need in interview

Have you been unemployed, job-seeking, and doing even occasional small bits of work for friends and family? I think it’s reasonable to say:

While between roles, I spent time picking up small pieces of interesting technical work and sharpening my skill-set. During this time I built a Blah Blah Blah system using AngularJS and blah blah blah

Simply: try and avoid giving the impression you’ve something to hide by not hiding anything. Real life gets in the way of all jobs and nobody’s perfect, but the unknown is scary so be explicit about employment gaps.

Between the exorbitant recruiter fees, provision of computer equipment, general HR process faff, and the time it takes for a developer to be brought up to speed with a new system, hiring someone new is expensive.

If you leave a job 7 months after you’ve started, having contributed very little, you may not represent value-for-money to the employer. Employers want employees who’ll stick around for 2-3 years.

An employment history that shows many short roles suggests you may be a problem employee, or have a very short attention span. It can also suggest you’ve just been unlucky.

Try and explain the reason roles were short:

If the roles were freelance or contract, be explicit about that. In the UK there’s a culture of 3 to 12 month programming contract roles, and that’s fine, and something very different from leaving a series of roles that were meant to be permanent early. By the way: if you have a contracting background, and you’re looking to move into permanent employment, write this in bold letters at the top of your CV / resume. Otherwise HR will reject the CV / resume on the basis that you’re looking for a disguised contract.

Again, nobody’s perfect, and you can definitely get away with one or two short roles. But if you’ve got many many short roles, try and help me and the HR person understand why that is.

Put in big clear letters right at the top of your CV / resume your employment entitlement. Doubly so if there might be any question about it. If you have an address in Miami and have a cell that starts with +1, and you’re applying for a UK job, I will not that work that hard to double-check that you have an existing work right, because *most applicants do not*.

It’s a lovely idea that your CV / resume will be perused over at length by people with the time and energy to carefully decipher your strengths and weaknesses. It’s also fantasy.

I will go back to developers who send me ambiguous CVs / resumes for more information sometimes, or for a particularly hard-to-fill role, but again, assume something is on fire in my office when I’m reading your documents. However, I will always jump with enthusiasm on developers whose CV / resume presents me the information I am looking for quickly and in an easily digestible form.