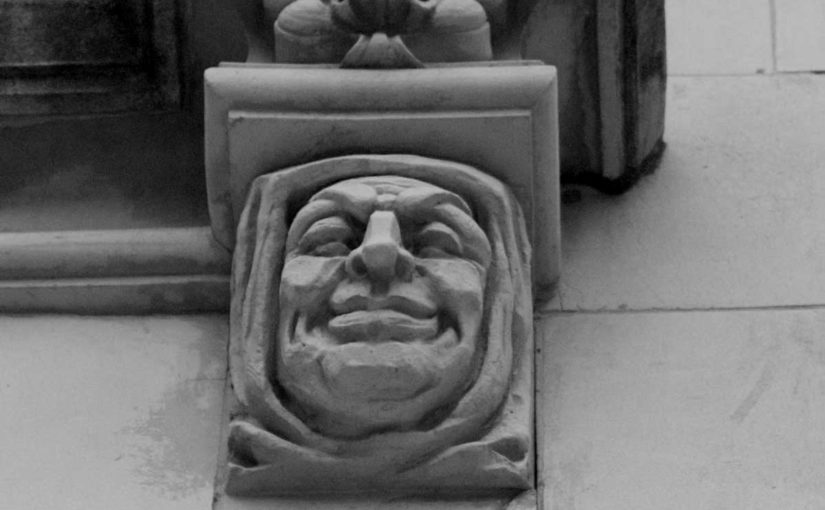 Aims of recruiters are not always well aligned with the aims of the people they’re trying to find jobs for.

A particularly egregious example of this is recruiters writing opinion pieces on why you should never accept a counter-offer — that is, your original employer offering to match (or better) the salary somewhere else has offered you.

If you accept a counter-offer, you get more money for doing your existing job, and the recruiter doesn’t get paid anything.

Let’s talk this through…

How Happy are You already?

If you’re not currently happy where you are, then accepting more money for a role you don’t like requires careful consideration. But if your current role is bearable, and the new role doesn’t look amazing, then a counter offer gives you:

I was pretty happy when I worked for a large ecommerce site that sold very expensive women’s clothes online. I liked my team, the corporate bullshit was cope-able, my commute was bearable, and there weren’t hidden working conditions yet to discover that I didn’t already know about.

But a recruiter came calling and told me there was a role at a large investment bank paying almost 50% more than I was currently on. 50% more is hard to ignore, so I went and spoke to said investment bank, and got offered a job.

I was pleasantly surprised, having handed in my notice, to get a counter-offer — they’d pay me exactly what the investment bank was offering, no questions asked. Overnight 50% pay rise for doing the same job.

The recruiter in question, seeing his considerable commission slipping away, gave me the hard sell…

“If you’re worth 50% more, why aren’t you already being paid that?”

First of all, he wanted to know, didn’t it bother me I was being undervalued in my current role?

This is misleading. When my current company had hired me, they didn’t know what I could do, they didn’t know if I’d work out as an employee, they didn’t know how productive I’d be in practice. Developers bring wildly different levels of productivity to a business, both in personal output and in their effect on a team. Predicting how useful a potential employee will be compared to the rest of the team is virtually impossible.

But if someone you’ve hired is worth more money than you’re currently paying them, and seems pretty happy with working for you, simply giving them more money is no way to run a profitable business. When a business pays a salary, it’s trying to get a return on investment for that salary. Some developers will be a better return on investment, and some worse.

Handing out large ad hoc raises to your employees is a great way to reduce your return on investment for their salary, foster ill will with colleagues who overestimate their own skills and think they should also get pay rises, and as such is a hard sell to the people who control the purse strings.

Giving more money to developers who are threatening to leave and who you value is a great way of making sure money is allocated efficiently and avoiding the costs incurred by training someone new and recruiter costs for new hires.

So did it bother me at all that I was currently being “undervalued”? The opposite: the counter-offer showed me my current place was in fact well aware of my value, but also being run by people who understood how to stay profitable.

In another job as a development manager, any raise I wanted to give out had to get sign-off three or four management levels above me. Justifying this to the people above was hard if I just had a general feeling that a developer wasn’t being paid well enough for her time; there was no end of supporting evidence I had to come up with. But if that developer had come to me telling me she’d been offered $15,000 more elsewhere, I just had to tell my bosses I need to pay her more because she’d had a job offer elsewhere, and it’d get signed off in no time.

“Not being paid what you’re worth” is often just corporate inertia, and one great way to increase momentum there is to have a job offer — which you’re willing to take — offering more money elsewhere

“You’ll be seen as a flight risk, and the company will know you’re going to leave one day”

The next angle he had was: “now the company knows you’re looking to move, you’ll be slowly forced out or left behind”. It takes some chutzpah to suggest to an employee who’s just been offered massive bump in salary that the company offering the salary bump isn’t looking to invest in or retain that employee.

There’s also a mistake in his reasoning there: I wasn’t looking to move, I was looking to move for more money. I was pretty happy where I was, just not at the original salary I was being paid, a point I made clear to the current employer. My desire to move disappeared when I got offered more money. I was signaling that to my current employer by staying.

There are, of course, different situations to the one I was in. A candidate I was working with didn’t like his current role, and didn’t like the direction the company was going. He had been very open about this, and about his desire to move on. But when I found him a new job, he was offered a huge one-off bonus to stay put until a certain date. It was obvious to everyone involved that after that certain date, he’d start looking again with a view to leaving, and he’d have been insane to think that the company he was staying with were going to be working hard to promote and entice him.

But just as everyone dies eventually, everybody leaves their current employer at some point. Companies know this, and they don’t take it personally (although the occasional bad boss might). Businesses understand that employees want to be paid for their time, and that employment is a market, and it’s not going to be a black mark against anyone that they’re treating their job as a job, and not some kind of life-long commitment.

I was looking for a third point to end the article, and came across this gem of a list from the first Google result for “don’t accept a counter-offer”. Incredibly, the article is from the section called “Our Service to Candidates”…

“You have now made your employer aware that you are unhappy. From this day on your commitment will always be in question.”

If you work somewhere where your concerns are treated as a black mark against you, and there’s an expectation of unpaid “commitment”, then sure, move on. The vast majority of companies aren’t run by psychopaths though.

“When promotion time comes around, your employer will remember who is loyal and who isn’t.”

If “loyalty” is a big deal in your workplace, you may be working for the mob. Or a psychopath. If you work somewhere where seniority is determined by loyalty, rather than skill, you’re already working in the wrong place. The vast majority of companies don’t promote people based on loyalty.

“When times get tough, your employer will begin the cutbacks with you.”

Why would a company make redundant employees who they’re willing to pay money to retain? What kind of company doesn’t retain staff on the basis of their input? Most companies are not like this.

“When your employer replaces you after six months and ‘lets you go’, it’ll be harder to turn them around than it was for them to turn you around.”

“Accepting a counter offer is an insult to your intelligence. You didn’t know what was best for you.”

Money. It was money that was best for me. This list is an insult to my intelligence.

“Accepting a counter offer is a blow to your personal pride, knowing you were ‘bought’.”

If you wouldn’t do your job for free, aren’t you’re already being bought?

“Accepting a counter offer rarely changes the factors that drove you to look for a new job in the first place.”

Sure, unless that was money. And you’ve no guarantee a new workplace will be a better place to work.

“Where is the money for the counter offer coming from? Is it your next pay rise early?”

Usually not. That’s not how salaries and pay rises work. And if it does turn out to be the case, it’s not like there’s a shortage of jobs for developers…

“Statistics show that if you accept a counter offer, there is a ninety percent chance you will be out of the job within six months.”

The best statistics are those that are uncited and presented to you by a company that stands to lose a lot of money if they can’t persuade you. :eye-roll:

“What type of a company do you work for if you have to threaten to resign before they give you what you’re worth?
“Why didn’t they pay you that before? It was because they didn’t think you were worth it.
“Why are they paying it to you now? It’s because it’s easier and cheaper for them to keep you for the time being, while they sort the problem out.

I have a friend with a PhD in Financial Maths from Oxford (so technically a DPhil, but whatever) with a habit of putting complicated decisions in black and white terms. And back when I was thinking of making the jump I’ve used as an example above he asked me a very simple question:

“How much is the new role offering you to offset the risk that you’ll hate it at the new place, when you’re happy enough where you are?”

Once I got the counter-offer, the answer was “nothing”.

Be wary of recruiters giving you blanket advice to not accept counter-offers!