Short answer today in response to a reader’s question:

How should I talk about my education on my resume?

Some job descriptions will make an explicit demand about your education:

BA/BS degree in a STEM field such as Computer Science, Mathematics or Statistics

Don’t let that put you off applying if you don’t have it — simply do not mention and part of your education. These requirements are very rarely real, and the further you can get through an interview process without it coming up then the more of a chance you’ve had of demonstrating that you’re an excellent candidate for role in-spite of not having the educational background. Experience is almost always a good substitute, but the HR Person or recruiter who’s the first person to look at your resume may not know this.

I started my career straight out of high-school and didn’t have any form of degree. Mentioning my high-school grades (A-Levels, IB grades, diploma, GED or whatever) would have simply drawn attention to this, doubly so as my high-school grades were nothing to be proud of. I applied for and got several roles that had strong suggestions that they were intended for recent graduates. But it only came up towards the end of the interview process by which time I’d had time to show evidence of my existing technical skills.

If you have a degree — undergraduate or post-grad — treat it just like you’d treat your work experience.

If it’s unrelated or tangentially related to the job you’re applying for, then subject, award, and dates are probably sufficient. Any degree that didn’t have a strong programming component in it probably falls in this category.

If it’s strongly related, treat the degree just like you would a specific job. Pull out skills that you used, projects that you worked on, and interesting challenges tackled. See: writing up a work history that matters.

Finally: people are easily impressed by impressive degrees. A few years I undertook a part-time MSc in Software Engineering at a well-known university, and it really opens doors. If you went to a highly competitive university, consider pushing the education section of your resume right up to close to the top. External recruiters and HR people are easily impressed by shiny things and take it seriously.

Your undergraduate degree in Forestry Management from Springfield A&M deserves a small note at the end of your resume (if you’re a programmer — if you’re applying for a forestry management role, go large) with dates and award. You MSc from Oxford in Software Engineering belongs right at the top, with an exposition on what you learned from it.

Remember: your resume is simply a tool to get you an interview, and talk about things in that interview. Omit anything that would be better explained in the interview (eg: you don’t have a degree), or which isn’t explicitly focused towards getting that interview.

Around here we like to prove rather than just say that we have skills. One really easy was to do this is by showing off your open-source contributions. If I want to prove to someone I really am a Perl programmer, I have a CPAN repository that demonstrates a whole bunch of different areas I’ve touched, and a GitHub account that shows contributions to other people’s projects too.

Hooray for me, right? But this doesn’t help you at all if you’ve not got any open-source experience already. 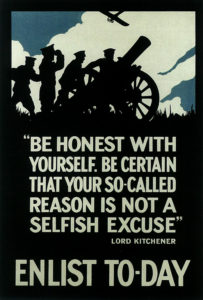 I don’t want to be that guy, but it’s worth pointing out before we get to the sneaky tricks, that the best solution here for writing up your open-source experience is to go and get involved in open-source projects.

Submit some patches, bug reports, features suggestions, or whatever to the code you use every day. Got some functions hiding away for solving a problem, and that you always come back to? Pull them together into a coherent whole and release them.

Find out if there’s anything in your work’s code-base that they wouldn’t mind you putting together and releasing. You may find that the senior developers haven’t done it because they simply can’t be bothered — I do some work for a company where we have four or five good libraries that are ready to go, but most of the senior development team are already heavily involved in open-source and don’t have the time to take on new projects to maintain.

However, this would be a pretty pointless article if my solution to writing up non-existent open-source experience was to simply gain some, so with that in mind, let’s move on to other solutions…

Talk about anything you’ve done but haven’t released

Interviewers are looking at your open-source contributions as proof that you’ve got an inherent interest in tech and programming, are exposing yourself to ideas of those that you’ll see purely in the workplace, and genuinely have some of the skills you’re claiming.

You’ll still cover most of those bases if you talk about personal programming projects you’ve completed, and can talk coherently and fluently about challenges and motivations for them. Maybe you never released your iOS app that allows you to scan crossword puzzles from newspapers, but you can still talk on your resume and your interview about challenges you faced getting OpenCV to recognize the outline of the puzzle and extract text. You can still describe what you liked about using Swift (or ObjC) and how it compared to the technologies you use in your day job.

Many developers run their own co-located server, especially now it’s so cheap to get a VPS. What OS is it running? How do you keep it up to date with security patches? Did you turn off password logins with SSH to secure it? Configure virtual hosts with Apache? Mess around with Puppet in case you ever needed to rebuild the machine from scratch? Put WordPress in a container because it’s a security concern? Manually setup the firewall with iptables?

It’s all in scope, it’s all relevant, and you should talk about it! It can’t be independently verified like open-source contributions can, but if you can insert your opinions into the description, talk about the challenges you faced, it’ll look credible, and it can be discussed in interview.

I’d consider collating all of this under “Personal Software Projects” where an “Open-Source Contributions” section might go on your resume.

Talk about anything you’ve learned

Anything you’ve read that was particularly interesting, any online course you’ve taken, or any interesting talks you’ve attended also hit our criteria of:

I’d look favourably on anyone who’d read Seven Languages in Seven Weeks. If it’s mentioned, followed by an idea you took from it and applied, even better! Maybe something like “I recently completed Seven Languages in Seven Weeks and was inspired by Haskell’s typing system to look at introducing strongly-typed JavaScript variants into our work codebase”.

Tech talks also work well for this! “I recently attended a talk on Vagrant at the London Hackspace and used a work Hack Day to build a development image for our main production application”.

The basic structure is: you took the time to seek out a new idea, you were inspired by that new idea, and this either benefited the company you work for or led to further investigation and learning for you. Coursera and friends are full of interesting ideas: “I’ve recently completed ‘An Introduction to Compilers’ on Coursera, and have applied the sections on state machines to building a business rules engine in my latest project”.